After more than a week of one record high after another for Bitcoin and some altcoins – this latest “correction” resulted in a few questions from those watching or investing regarding bitcoin buy sell hold.  Mostly from those watching vs. buying, actually – because if you are investing in bitcoin and following my posts, you are aware that the market is volatile, prices change often, and that you should only buy what you’re willing to risk.  It’s always a good idea to re-visit good strategies, so I thought I’d recap some things I’ve learned.

The absolute price of a given cryptocurrency is determined solely by the day traders – specifically, the last price it was agreed that currency would be sold at, with confirmation of that price by a buyer who bought it.  People say lots of things determine the price; marketcap, liquidity, value proposition, revenues generated by the coin, the number of coins in circulation – but really, it comes down to the number of buyers and sellers competing for that coin.

Sudden large spikes in value should make you pause and wait for a gradual correction (organic drop) in price before buying – or just buy a smaller fraction.

As bitcoin captures the attention of the world, never has the volatility been more pronounced. Spiking demand for the cryptocurrency is bolstering Asian trading markets.  The Japanese government recognized bitcoin as legal tender in April, triggering a boom in mainstream demand. The U.S. trading market totaled over 35% of the global trading on average throughout the week. As a result, Coinbase, one of the largest US bitcoin trading platforms, suffered multiple outages this week due to the overshelming demand.  Coinbase experienced unprecedented traffic and trading volume this week, as reported by the exchange, which also facilitates trading of Ethereum and Litecoin. 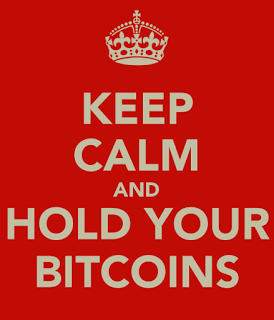 Bitcoin’s value in recent days is being further propelled by mainstream coverage driving everyday investors to jump aboard and buy digital currency. Figures from CoinmarketCap reveal a whopping $2.5 billion in bitcoins traded over a 24-hour period this week, as the cryptocurrency approached a $45 million market cap.

The corrective course of bitcoin price saw the cryptocurrency hit a low of $,1850 for a 7-day low in a week that saw bitcoin reach an all-time high over $2,800 – and as of this posting it’s at $2,115.  Some are saying this represents a “bubble bounce” – a slight correction and a bull run will continue.  But nobody really knows, and that’s a fact.

Please use caution while investing in what is a new technology innovation on a global, but early stage.  Your investment should match your knowledge.  And as to the question of “bitcoin buy sell hold”…great time to buy the dip if you’re looking to get in – but hold if you’re already in 🙂

If you’re buying bitcoin (or altcoins) to make fast money, then we do not share the same goals.  Personally, I am interested in acquiring and holding bitcoin for the long term – so when the price goes up, I’m happy, but I do not sell to turn a profit.  When the price goes down, I look at the lower price as an opportunity to acquire more bitcoin.  I have some bitcoin invested in the Trade Coin Club and the auto-trader makes me money every day regardless of whether the price goes up or down.  Throughout the week as bitcoin was steady rising, I earned higher percentages on days bitcoin price was going down than I did on other days when it was going up – the first day of the week when it jumped so significantly being the exception.  Regardless of the price, I continue to acquire more bitcoin every day, and that is my goal.

I found this interesting video from Brandon Kelly CryptoTrader (below) – on how to analyze the price for “bitcoin buy sell hold” trading. I include it here to demonstrate the amount of work involved if you’re of a mind to trade actively vs. passively. 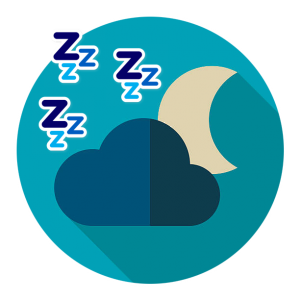 Personally, I don’t have time to do this – hence the reason I am a member of the Trade Coin Club (TCC).  I let the auto-trader do this for me, and all I do is check to see my earnings each morning.  I am on trade day 68 (of 258) and, to-date, have earned bitcoin every day.  I trade at “high risk” (options are low, medium, high) with a stop loss of 45% at Senior Trader level.

The benefit of a stop loss is that – because I am a passive trader not watching Bitcoin prices 24/7 – conditions are setup to limit my losses in case of a drop ,  such as in the middle of the night.  After all, Bitcoin doesn’t keep 9:30am to 4pm exchange hours – it trades 24/7. Literally.  TCC trades for me 24/7, 5 days a week, and the trader works across all exchanges –trading the top 10 cryptocurrencies.