Following the right “crypto experts” can be helpful in developing your own strategies if investing in digital currency.  The crytocurrency space has gotten very exciting over the last few months, and more people are being exposed to Bitcoin and Ethereum, as well as lesser known altcoins such as Ripple and Litecoin.  Of course, the reason for the recent notice is that many are hitting all-time high prices, which naturally gains a little airtime in the news and financial reviews.  The blockchain is also getting a lot of attention, as it begins to interest the financial world more and more.  If one is new to this space, as I was just a few short months ago, it can be difficult to understand.  A good way to gain a clear understanding is to follow the top people in the industry.  However – figuring out which experts are truly knowledgeable (and don’t have “hidden agendas”) can be challenging.  In the list below are some I’ve found to be more than interesting and extremely knowledgeable.  Other crypto experts on this list, I’ve only recently discovered – and the video below is one I found to be very helpful in steering me to them.  While some may have different opinions on who the top 5 “experts” in this space are – I agree with Cedric Dahl on these five individuals.  You make your own top 5 list, but you might start with these guys 🙂 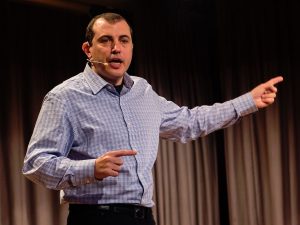 Andreas Antonopoulos is definitely my favorite.  After watching an interview with him on the London Real website, I came away with a much clearer view of currency, government, and world issues, as well as how Bitcoin is intended to play a roll in the future.  As a technologist and serial entrepreneur who has become one of the most well-known and well-respected figures in bitcoin, he is the author of two books: “Mastering Bitcoin” – what is considered the best technical guide to bitcoin – and “The Internet of Money“, a book about why bitcoin matters.

Andreas Antonopoulos is an engaging speaker that makes the complex subject of bitcoin easy to understand.  Self-proclaimed Bitcoin, security, entrepreneur, coder, hacker, pundit, humanist, pacifist – his new book “Mastering Bitcoin” is insightful and will help you discover all the innovation happening with Bitcoin.  If you don’t want to buy his books, there is a ton on the web from Antonopoulos – as he is eager to share and educate.  In fact, he’s dedicated his life to it, so take advantage! 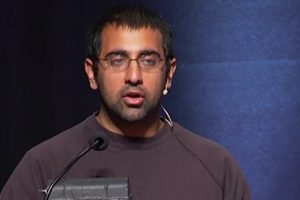 I’ve only recently discovered Balaji Srinivasan, but I’ve found his lectures to be more technical in nature – but well-explained in a way that even non-technicals can grasp.  He is very outspoken in his beliefs that software is reorganizing the world, and you might listen to Balaji after watching some of the other experts.

The public focus is usually on the speculative value, but Balaji Srinivasan explains how Bitcoin has functional value as a technology platform and how tokens will transform technology in the future.  He provides insight on the differences between bitcoin and tokens – “which are not equity, but more similar to paid API keys” – and shares his belief that tokens represent improvements that are a thousand times better than the status quo.  I also like that he gives examples of real-world applications we might see in the future, as this is often a most effective way to explain the complexities of digital currency and the blockchain. 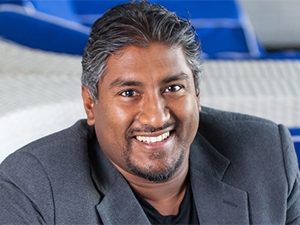 Vinny Lingham is a South African Internet entrepreneur who I find has an interesting take on happenings in the digital currency world. I can’t say that I’ve learned a lot of the “basics” from following Vinny Lingham, but I have gained some insights by reading his personal posts and articles, and I think it is important to read views by those knowledgeable about this space.  Cryptocurrency is not a subject for which anyone investing should “put on blinders” – educating yourself by following those that know more than you, and reading opposing views, can be key to gaining a broader understanding and help you make educated decisions.  Vinny speaks clearly about the importance of “network effects” – and why he feels they are “really the tailwind behind Bitcoin” that is worth reading. 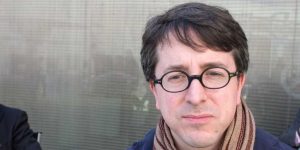 If you’re looking to scope out important technology trends, then Benedict Evans is one to follow.  He works at a venture capitalist firm that invests in technology companies.  I especially like his recent article on new technology and how to predict change.  While not necessarily included in the usual list of “crypto experts”, his views will help gain an understanding of how emerging technologies might impact the adoption of “Internet money” – especially when it comes to “computer vision”.  Computer vision is the science that aims to give a similar, if not better, capability to a machine or computer. Computer vision is concerned with the automatic extraction, analysis and understanding of useful information from a single image or a sequence of images.  Fascinating concepts that we already see emerging and even becoming a part of daily life. 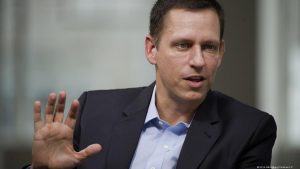 Again, while not necessarily included in the usual list of “crypto experts”, it is said that Peter Thiel is the most famous of the investors at VC firm Founders Fund – never shy of controversy, he was one of few Silicon Valley backers of Donald Trump.  His infamous bet during the 2016 Presidential race remains one of venture capital’s greatest all-time moves, because Trump won.  Following someone with Thiel’s insights can help determine strategy for long-term investments in the cryptocurrency space.  I admit that I’ve only just started delving into Thiel’s essays, but I am finding them to be easy to understand and can see the value of pursuing his writings.