Most of my friends and family have now been exposed to the crypto space because of my constant posting, conversation, tweeting, blogging, etc.  Some are surely tired of hearing about it, others genuinely interested – whatever, at least I’ve made an effort to share what I’ve learned.  The digital currency space is one of the few remaining frontiers where you are truly on-your-own, accountable for your own actions.  This is one of the reasons I love this space and spend a good deal of time each day trying to learn more about it.  The other reason is that crypto levels the playing field for achieving wealth when compared to traditional investment options, by creating a major opportunity for those willing to jump in early.  Many hope to see digital currencies become mainstream soon.  Personally, I hope it takes about five more years.

I think we have a good deal of time to maximize what is probably the best financial opportunity many will ever see.  There are some barriers to mass adoption that will need to be overcome before digital currency becomes popular.  I don’t think it will take as long as cell phones took, or certainly not the Internet – but there is still time to become a “first adopter” because things are really just getting started.  It took the Internet roughly 20 years to be used by 88% of American adults, and yet I know business owners who still don’t have a website – seriously.  That is a 976.4% growth rate from 2000 to 2017.  I got one of the first cell phones (man, that thing was huge!) in 1991. Phones with built-in cameras came out in 2002, and the iPhone launched in 2007.  95% of Americans now own a cellphone of some kind, 77% own smartphones – all of this up from only 35% smartphone ownership in 2011.

It is estimated that maybe 0.2% to 1% of the ~7 billion people in the world may have heard about Bitcoin or cryptocurrencies.  There is a huge difference between having heard of something, and knowing what it is – let alone owning it.  There are only about 15 million people using crypto.  Investors have to have familiarity with, and trust of, the Internet to start using crypto-exchanges.  And those exchanges with elaborate, slow identity-verification processes will need to clean up their procedures. There are some states that do not permit users to invest on exchanges yet, so that will have to change.  Many exchanges are just beginning to allow credit card use that speeds up the buying of Bitcoin, which can then be used to buy altcoins – but that whole process is confusing to newbies.

Once digital coins are bought, users must become savvy about using two-factor authentication, setting up cold storage, knowing the difference between holding private keys or not.  There is no FDIC for Bitcoin or altcoins, so everyone is 100% responsible for securely storing their coins.  Once coins are lost – they are lost for good.  That said, it is not difficult at all to properly store, move, or buy digital currency – but it is something that is different from traditional money handling and there is a learning curve.  Once crypto-coins are protected, there are the standard risks of investing which are amplified by the volatile nature of cryptocurrency prices.

I’ve noticed that people are hesitant to invest in cryptocurrency because they don’t know everything about it.  I mean, literally everything – how it gets its value, how it is mined, the technicalities – when I know few people who really know the first thing about the currency they use every single day.  In fact, most people think the Federal Reserve is a branch of the U.S. government.  Most people don’t realize that the financial system is predominantly comprised of digital money. Actual physical Dollar bills and coins only amount to $1.36 trillion – a little over 10% of the $10 trillion sitting in bank accounts. And it’s a tiny fraction of the $20 trillion in stocks, $38 trillion in bonds and $58 trillion in credit instruments floating around the system. Suffice to say, if a significant percentage of people ever actually moved their money into physical cash, it could very quickly become a systemic problem.

The point is, I don’t have to know every single “nit and nat” to understand that buying and holding cryptocurrency like Bitcoin can be extremely profitable. People adopt new technology with remarkable speed once they realize how it will benefit them and if understanding everything about how a technology worked was the bar to using it, most of us would still be stuck with pen and paper.  I bought a Bitcoin in February 2017 for $968 and today it is worth $7,259 (as of this writing).  While it is tempting and very easy to convert it to USD – the future potential makes doing so something I avoid.  Once people understand the potential gains, they usually just buy it, securely store it, and forget it for the time being.  Of course, I do watch the prices daily! It is exciting to see how much this crypto-nest-egg grows on a daily, sometimes hourly basis.  Crypto never sleeps.  Unlike the stock markets, it is global and trades 24/7 – there is no closing bell.

Cryptocurrency is not yet easy to use – it requires commitment and tech-savviness as to which exchange to use, what wallet, etc. and an understanding of how to protect it.  The lack of price stability keeps people from using crypto for everyday transactions, thus it is hard to be seen as “real money” by many.  Traditionally, the solution to the problem of stability was to have a central bank. The government could then alter the money supply at will, for example by causing inflation.  But cryptocurrencies are by definition decentralized, and Bitcoin’s supply is finite – part of the advantage. 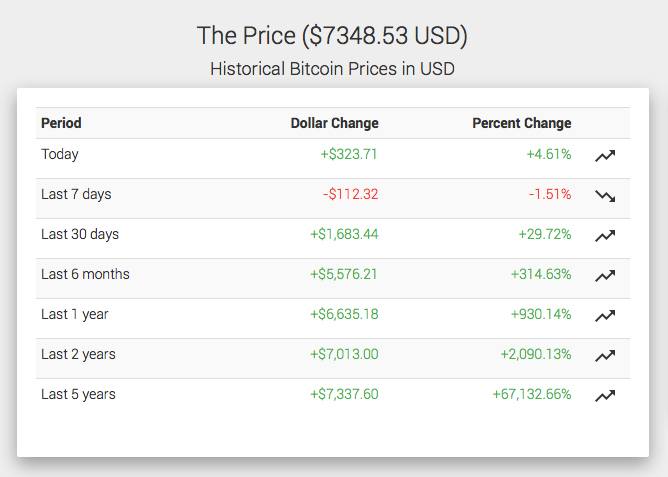 The issue of price stability will eventually be addressed, and there is plenty of uncertainty and a ton of work to do before the masses accept and use cryptocurrencies.  These challenges will eventually be solved, as the crypto space has only existed for 8 years. Stable prices don’t just happen by accident, and are not a miracle of the market — they require a carefully constructed foundation.  A stable currency needs a stable ecosystem first.  The important thing is to learn to understand cryptocurrency and the crypto space.  Educating yourself can lead to new, lucrative investment opportunities, and make the difference between a great decision and an awful one.

While young people will be instrumental in helping create that stable ecosystem, it is not just twenty-somethings who are losing faith in traditional investment tools. Unlike previous generations, most millennials don’t have pensions or 401(k)’s – but are fully accustomed to owning digital assets and navigating the Internet.  With more traditional paths to financial stability being blocked by debt, housing costs, the uncertain job market, etc. – these new millennial investors see cryptocurrency as the most rational means of investing their money.

When Bitcoin (or some other cryptocurrency) becomes a truly stable currency, then we can have currency conversion, payments, ATM withdrawals and other financial services. In other words, it can be used as intended — as money – and ultimately attract a mainstream audience incentivized to make the switch to cryptocurrency.  Meanwhile, I’ll keep taking these massive gains on my early adoption of Bitcoin.

Personally, I am not a day trader – having not yet learned enough to confidently trade my bitcoin.  However, I did join the Titan Trade Club to take advantage of automated trading software (algorithmic trading bots) and it has been extremely rewarding.  This passive income source has been easy to understand and requires nothing other than an initial investment.  No skills or trading expertise is required.  While not for everyone, it has been profitable for me and I highly recommend it. If you are interested there is a wealth of information on this site, and I will be happy to share my experience.  Contact me via email.