Why do people trust Bitcoin? 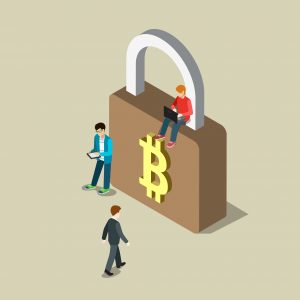 One would have to say that a lot of the trust in Bitcoin is due to the fact that bitcoin requires no trust at all. Bitcoin is fully open-source and decentralized, so anyone has access to the entire source code.  Any developer has the power to verify exactly how Bitcoin works, and all transactions and bitcoins issued from the beginning can be accessed in real-time by anyone. All payments can be made without involvement of a third party, and the entire system is protected by massive, peer-reviewed cryptographic algorithms – on a level of those used for online banking. No organization or individual can control Bitcoin, and the network remains secure – even though not all users can be trusted, and not all users are diligent about their own security.

Its a faster way to buy and sell.  You pay by check, it goes to your bank, then to the bank on which it is drawn, then back to your bank and is often held for several days – because the bank can’t trust that funds are actually available.  Every try to send your money from PayPal to your bank?  3 to 5 days is what it takes.  Wire transfers can take a good bit of time also.  Bitcoin transactions are generally far faster, usually around 10 minutes if the transaction is confirmed, seconds with “zero-confirmation”, and nobody holds your money for days on end.

What happened in Cyprus in March 2013 is a good example of why many are bitcoin users. The Central Bank wanted to take back uninsured deposits larger than $100,000 to assist in recapitalization, causing massive unrest of the local population. It originally wanted to take a percentage of deposits even smaller, that would have directly affected individual family savings. Such an action is not possible with bitcoin because bitcoin is decentralized, and only you own it.  No central authority has control, and so it cannot be taken away from you by any entity.  For those who find their trust in the traditional banking system has evaporated, that’s a big reason to put their trust in bitcoin.

Another big reason: identity thieves cannot steal your payment information from online merchants. Online purchase forms require entry of all your secret information (account number, expiration date, security code) – and a web form is the least secure way to conduct online purchases because credit cards were never intended to be used online.  They are insecure.  Bitcoin transactions require you to give up zero secret information.  They use two keys, a public key and your private one – and you never have to enter or give up your private key for any reason.  Bitcoin can be as private as you need or want it to be.  No one knows who holds a particular bitcoin address – so no one can ever know how much bitcoin you have unless you tell them.

Everyone worries about inflation, because governments can print money like…well, like they do – need more money to pay the national debt?!  Just have the Federal Reserve print more.  Meanwhile, we watch the value of a currency decrease.  Bitcoin has a finite number of coins that will be generated – 21 million.  After that, the number of bitcoins will cease to grow, so inflation will not occur.  Deflation, where the cost of goods and services fall – is far more likely in the bitcoin world.

You own your bitcoin – no bank or cash system is involved.  For example: PayPal can freeze your account for any number of reasons, without even notifying you.  At which point, it is up to you to wade through the redtape required to clear up the issue and access your funds, and it could take months.  There is no such danger with bitcoin.  You own the private key and the corresponding public key that makes up a bitcoin address and it cannot be taken away from you.  You can lose it, or host it with an online service that loses it for you – but that’s on you for not properly securing your bitcoin.  It cannot be taken from you.

You have to trust people to handle and secure your money properly using conventional banking systems, such as your bank or your payment gateway processor – not to mention the merchant you do business with.  Sensitive, important, private bits of information are demanded by these entities in the course of doing business or banking your money.  Bitcoin is completely decentralized, therefore you have to trust no one when using it.  You send a transaction (pay someone), it is digitally signed, and secure.  An unknown miner verifies it, and the transaction is completed.  You don’t have to even reveal who you are to the merchant, let alone give him your private financial data.

With bitcoin, you can – and are encouraged to – create your own money.  You can mine your own bitcoin if you have enough computing power to do so.  Yes, it can be expensive to get started now – but if your so inclined to mine bitcoin, after the initial investment in equipment and electricity is covered, the software does the work while you sleep.